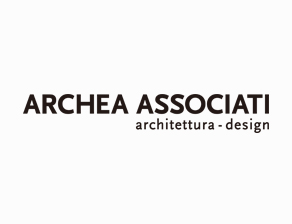 Founded in Florence in 1988 by Laura Andreini, Marco Casamonti and Giovanni Polazzi, Archea is today a network of more than 80 architects operating in six different cities – in Milan, Rome, Beijing, Dubai, São Paolo as well as in the headquarter office in Florence. The founding partners were joined in 1999 by Silvia Fabi who coordinates the design activities of the architecture practice.
The interests and research activities of the firm range from the landscape to the city, from buildings to design. Even if the focus is on architecture, the projects vary from graphic design to publishing –through the direction and editorship of the international review of architecture “Area” – from exhibitions to applied research.
The complementariness of the various activities focused on the design process with regard to different project scales open up a constant critical reflection on the issues of architectural construction. Each partner, besides his or her research in the field of design, conducts research at the architecture faculties of Florence and Genoa, where architect Marco Casamonti is full professor of architectural and urban planning.

In 2008 Archea decided to adopt the ISO management system in order to optimize and rationalize the administrative and productive processes associated with architectural design, thus guaranteeing a constant quality level. The firm has therefore obtained UNIENISO9001 certification from Moody International, both for the supply of architectural planning services and for the supervision of construction works.

The firm has won numerous international recognitions and has participated, with their built works, in several editions of the Venice Biennale of Architecture. Most important projects of the firm, both public and private, comprise: the Municipal library of Nembro (Bergamo), the transformation of the former Wine Warehouse of the harbor of Trieste, the new Antinori Winery in San Casciano Val di Pesa (Florence), the social and educational center of Seregno, the UBPA B3-2 Pavilion at the World Expo 2010, the Green Energy Laboratory for the Jiao Tong University in Shanghai and the city of ceramics near Li Ling (Hunan), in China.

Laura Andreini (Florence, 1964), Marco Casamonti (Florence, 1965), Giovanni Polazzi (Florence, 1959), architects and graduates from the Faculty of Architecture of Florence, founded Studio Archea in the same city in 1988. Silvia Fabi joined the firm in 1999.

Their principal activity, i.e. experimentation in the field of design and construction on various scales, from objects to buildings to town plans, is combined with extensive research activities in the field of architectural planning at different Italian architecture faculties. Specifically, Marco Casamonti is full professor in architectural planning at the architecture faculty of the University of Genoa and Laura Andreini is researcher at the architecture faculty of Florence. This activity has been accompanied by an intense work of in-depth analysis and critical reflection on architectural issues, diffused through treatises and writings which have been published in books and magazines in Italy and abroad, the organization and creation of exhibitions, events and workshops associated with architectural design. Marco Casamonti has since 1997 been chief editor of the international architecture magazine “Area”. From 1999 to 2013 he has been co-editor with Paolo Portoghesi of the magazine “Materia”, and from 2006 to 2008 he has been scientific director of the Foundation of the “Annals of Architecture and the city, Naples”.

Many of the architectures realized by the firm have not only appeared in magazines and books of international repute, but also been chosen for prestigious architecture reviews and exhibitions. Archea has participated in many of the most important national and international architecture competitions and consultations, obtaining numerous recognitions and prizes: in 1999 the third prize for the new headquarters of the architecture faculty of Venice. In 2001 and 2002 the firm was shortlisted as candidate to design the rapid train stations in Turin and Florence; it was also invited by the Novoli property developer, as one of the nine Italian groups selected for the construction of a block in the former Fiat area in Florence, in 2003. In 2004 the firm was invited, together with architect Rafael Moneo, to participate in the competition for the new Cinema Palace of Venice. In 2005 it won the competition by invitations for the realization of one of the 10 towers to be built within the context of the master plan for the new centre of Tirana. In 2005 it won the international competition by invitation promoted by Pirelli Re and Morgan Stanley – in a tie with Michael Maltzan Architecture – for the former Ansaldo area in Milan in the Greater Bicocca area. In 2007 it was classified as number two within the context of the competition for the “Music and culture park of Florence” and since 2006 it has participated in numerous competitions in China including the important project for the Meixi Lake Cultural Center of Changsha, in 2011.

The firm has participated in, organized and ideated numerous exhibitions and events. In 1996 it was invited to participate in the Italian section of the VI International Architecture Exhibition of Venice with the Amusement Centre of Curno (BG); in 2002 it was invited to participate in the International Stone Architecture Exhibition and in the exhibition of Italian architecture in Tokyo titled “From futurism to a possible future” with the House in Leffe; in 2008 the design of the Nembro Library was selected for the exhibition of the Design Museum of London, and in 2010 it participated in the show “AILATI Riflessi dal futuro” within the context of the XII International Architecture Exhibition of the Venice Biennial. In 2011, the MuBe, Brazilian Museum of Sculpture of São Paulo in Brazil, hosted the monographic exhibition “ARCHEA Sustainable Landmarks”, presented in 2012 at the T Art Center of Beijing.
The realized architectures of the firm comprise projects as the new Municipal Library of Nembro and the Albatros Camping of San Vincenzo, Livorno, of 2007. In 2008 the Edison Library in Livorno and in 2009 the new Town Hall of Merate, Lecco and the Municipal Library and Auditorium of Curno, Bergamo were inaugurated. In 2010 the firm realized the B3-2 Pavilion in the Urban Best Practices Area in Shanghai, within the context of the Universal Exposition. In 2011 the expansion and renovation of the Perfetti Van Melle plant in Lainate, Milan was completed; in 2012 the Green Energy Laboratory in Shanghai was opened; in 2015 the Li Ling World Ceramic Art City was completed.
Recently completed projects comprise the new Antinori Winery in San Casciano Val di Pesa, Florence and the new community and education center of Seregno. Constructions nearing completion comprise the Tower of Tirana, Albania, UAE, the Changri-La Winery in Penglai, the Yanqing winery expo in China and the transformation of the former Wine Warehouse of the Harbor of Trieste.
The firm’s six branches in Florence, Milan, Rome, Beijing, São Paolo and Dubai currently employ about ninety professionals from different regions and universities in the world.